After a short intermission for the summer, the Salons have started up again as monthly events running through until December (first Friday of every month, free, 1pm to 5pm).

September’s special guests were Davy and Kristin McGuire. With their blend of installation, projection, theatre and interactive paper constructions, they talked about a range of projects and what it was like working in hybrid areas. 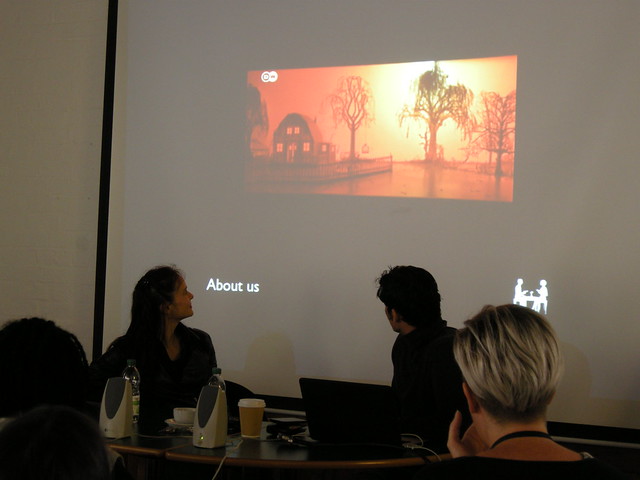 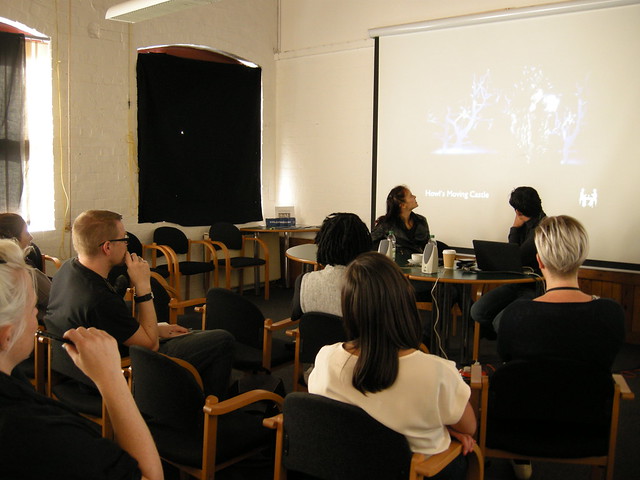 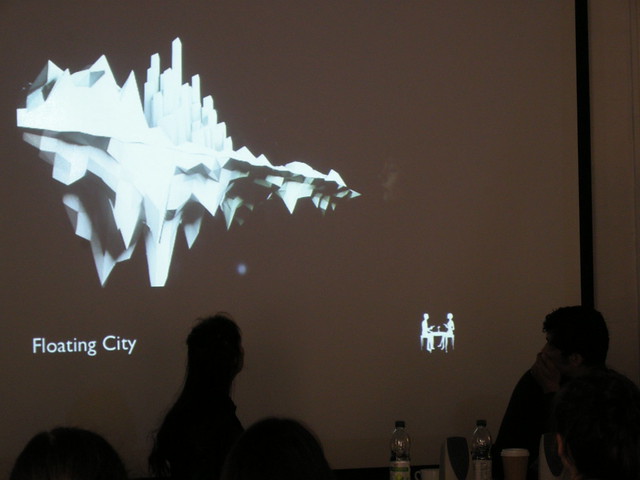 It was particularly interesting to hear how, for one project, they had to add in an actor in order to qualify for a theatre-related grant, but that they regard storytelling as being the thread through all of their work, whether it gets shown within the context of theatre, puppetry or media. “We just see things as stuff to make; we don’t see the categories.”

The McGuires also brought in the Theatre Book for us to admire: a re-telling of Macbeth using pop-up and back projection. Just magical to watch in a darkened room. 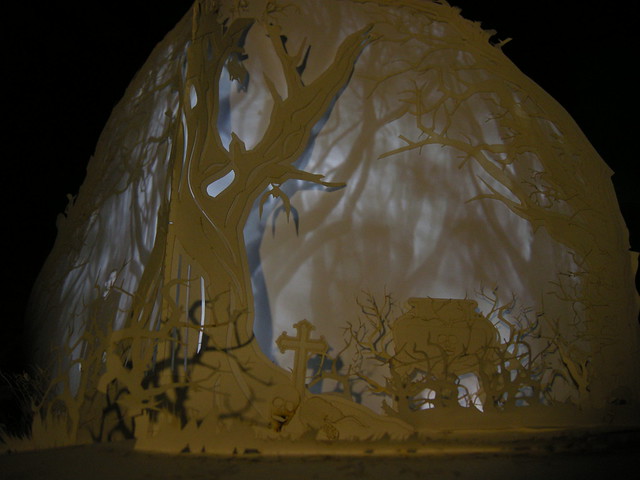 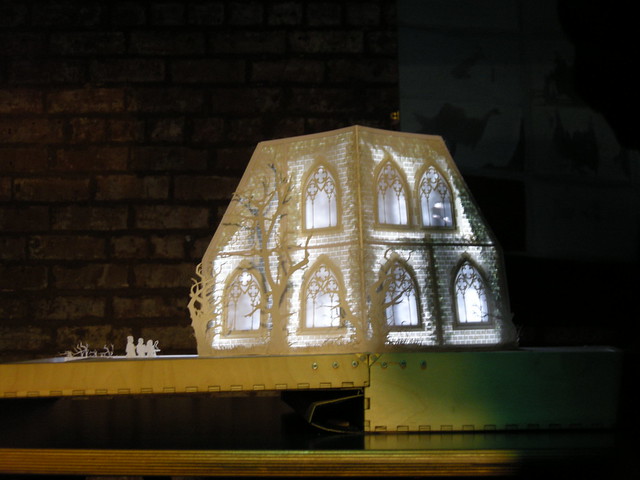 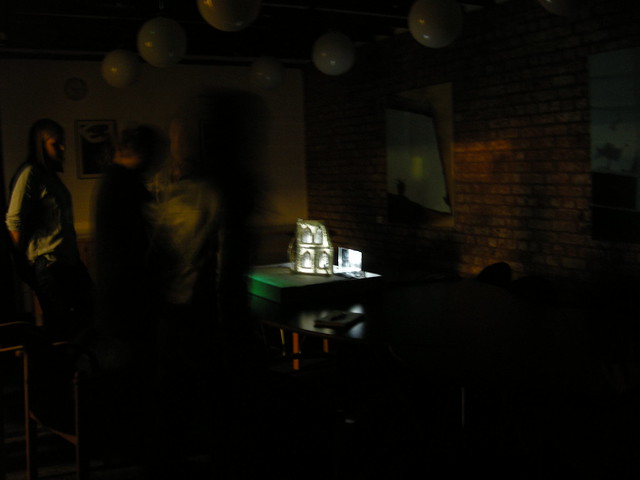 We were also treated to co-curator Sarah Ellis (Head of Digital Development at the Royal Shakespeare Company) talking about what she cares about with respect to digital technology and the arts. After deconstructing the loaded term of ‘Digital’ and pointing out how theatre has always been connected to the age (and technology) of the time it’s in, we were reminded of the importance to connect and to be mindful of who might be disenfranchised by the tools we choose to use and the way we choose to talk about them. 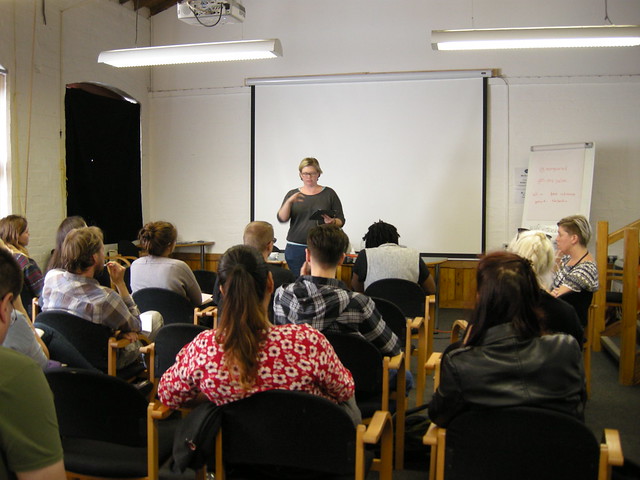 There was some interesting discussion after the presentations, and the projections theme was continued with One Five West showing and telling some of their early work in progress as they prepare for their Fierce festival commission. I’m afraid I was deep in conversation about sonar rangefinders for this, and forgot to take any photos, however you can check out the end result at Code and Carpentry: “a series of interactive objects that the audience can manipulate through movement, sound and touch”. You can move through, listen to and touch the installation at Birmingham Open Media from the 8th of October through until the 10th of November, 2015.

The next Salon is on October the 2nd, and features guest speaker Eleanor Morgan – you can sign up for free here.