So many amazing people, they don’t all fit on one page! 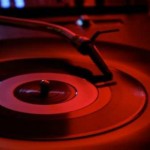 Facebook is like disco and Twitter is like punk is a TED style 18 minute show, where 200+ animated slides accompany Rebecca DJing live using seven inch vinyl records. This work uses the vocabulary of popular music, autobiography and music nostalgia in order to open up a discussion around social media; a media that academics and non-academics alike struggle to find appropriate vocabulary for.

Dr Rebekka Kill is Head of School at The Leeds School of Art, Architecture and Design at Leeds Metropolitan University. Her research interests include disciplinary constructions of academic identity, social media and collaboration in practice based research.

Dr Kill is a practicing visual and performance artist, social media enthusiast and also works as a nightclub DJ. 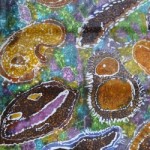 A talk on interpreting and making accessible the science of analysing rocks in thin section (less than 3 microns thick slices of rock glued to glass slides and viewed with a special polarising microscope). Kate will talk about the process of getting artists and geologists to work together in gallery and museum contexts, aiming to link stone buildings in Herefordshire & Worcestershire with the stone sources and raise awareness of the stone-built heritage of the two counties.

Kate has worked in the heritage sector for 25 years, working mainly in museums. In between being a senior manager, she looks for innovative ways to provide access to complex scientific concepts via collaborative interactions – often artist led. 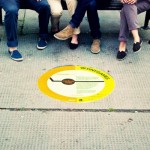 In the same way that the 80s saw explicit careful observations and experimentation in evaluating the way spaces are designed, leading to the place-making movement and a much deeper understanding of how to encourage different types of urban behaviour, Holly believes that the idea of using play to transform public space needs more rigorous research and playtesting and experimentation. This talk begins there – how can we think more rigorously about the steps that will allow people [who want to], to make public spaces playable?

Holly is a game designer who is particularly interested in public space, and in work at the intersection of game design and other cultural forms. She was previously Lead Game Designer at Hide&Seek, curator of the Sandpit, and Indiecade Jury Chair 2013.