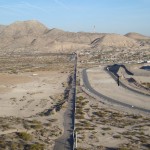 Junk Modelling is an exploration of how choreography could be a mode of political reflection, discourse and action. This playful workshop will use movement, mapping and conversation to think around ideas of borders, division and unity: how do we break up continuous things? How far can we make things whole?

Hamish MacPherson is a choreographer who makes performances, interventions, workshops and other things.

OuijaBird is an example of a “wobbly interface”, also referred to as a Resonance Based Interface. These are interfaces that allow for an amount of give, wobble, shakiness, or play in their use and this provides a unique way of interacting. OuijaBird is a multi-prototype in that it is a combination of a science experiment, a game, and a theatrical prop. It’s also a bird that acts without volition. This workshop presents the Ouijabird, how it works, and will open up a discussion for how such interfaces could be used in games. 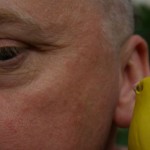 Come make-believe! Featuring a stash of cardboard boxes, tin foil, paper plates, and odds and ends from wherever we can get them. Craft yourself optional props and come in to be or do whatever you want. Host make-believe tea parties, become make-believe animals, hold make-believe wars. An examination of free play, allegiance and creativity. 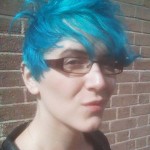 Leave Alice in polite company and she’ll either sway it into messing about or make a grand foolish spectacle of herself trying, and doesn’t particularly mind which. She produces social video games events as a member of The Wild Rumpus, designs and runs real-world games, and writes about video games. Alice lives and dances in East London.

Pete regularly takes groups of people on photography walks through Birmingham – mostly Digbeth, but also other areas. Using photography as a framework his practice invites people to slow down and develop a new appreciation of their environment which he hopes they then carry through to their everyday lives. Pete offers his findings from his research. 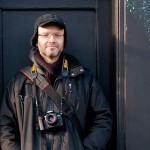 In the last year Pete has settled on describing himself as an artist and teacher and feels pretty good about that. His practice is based around the act of photography as a social function in an age of ubiquitous personal cameras. He teaches photography in a bakery in Stirchley, Birmingham.

A conversation and workshop around a new project: Life Docs. Life Docs is a practical attempt to make sense of our vast stashes of personal data in a human, emotional, narrative way. Using people’s own social media content, Katie and her company The Other Way Works want to create a short film memoir of an individual – with the output feeling meaningful, personalised, beautiful and potentially provocative. They want to see if we can create this using an automated process. A conversation about how this might work, and what else might factor in such a project. 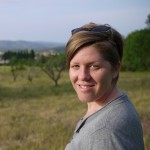 Katie Day is Artistic Director of The Other Way Works. In this role she initiates and directs new productions, and leads the strategic development of the Company. The Other Way Works creates and presents site-responsive performances for audiences as small as one-at-a-time that subtly challenge dominant ways of thinking and being. Our current and upcoming projects focus on the emerging frontier where theatre meets new technologies, allowing us to provide magical and bespoke experiences for our ever more sophisticated audiences. 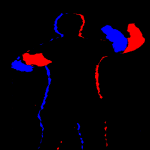 A workshop and discussion around ‘experiments into movement’ – a range of investigations into how movement can be represented. Taking the starting point of regarding movement as space being vacated and new space being occupied, Nigel presents and demonstrates processes including use of Kinect sensors, interactive installation and laser cut sculpture in order to open up a discussion about the progression of his research.

After working in IT for 20 years, Nigel is at last doing something more interesting! He is currently a ‘mature’ student in his second year of a Fine Art degree at Wolverhampton University. Working in media as diverse as oil painting to sculpture, he has also branched out into the relatively new and exciting area of digital art. All done with an interest in learning new ideas and pushing his own understanding of what art can be. 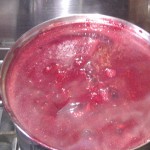 There’s a damson tree in Tim’s back garden. It supplies enough fruit each year to make a gallon of jam. It’s also capable of giving ‘funny’ looks, and is very possibly trying to say something. But what can a tree say – and how does it say it?

#transmediacompote is about monitoring closely a tree’s life using sensors, probes and measuring devices. Within the large amounts data and media being generated, Tim is hoping to discern patterns, meaningful sequences, possibly even messages… You’re invited to help work out how to give trees digital lives, and, specifically, how to ‘hack’ a tree.

There’ll also be jam – so we can consider, too, the ‘biochemical web’ and the possibilities for ‘edible media’.

Tim is a digital writer and producer focusing mainly on interactive storytelling projects such as ‘Online Caroline’, ‘In Search of Oldton’ and ‘Kidmapped!’.